It was born only three years ago, but its character embodies an ancient life. The aromas of Alzay Oleum extra virgin olive oil emit truth, dedication and care. It’s a pity that no olfactioncan capture those nuances, inheritance of the olive tradition in Alcalá la Real, located in the Sierra Sur in Jaén. Who did know how to acknowledge it, was the jury in the ATHIOCC awards, granting this year Alzay Oleum extra virgin olive oil with the silver medal at a ceremony held in Athens. Second harvest, first international recognition.

Alzay Oleum is a select extra virgin olive oil, but not because it is just written on the label or it’s the result of a sensory analysis. It certainly is a select extra virgin oil because its production is limited to a few hectares of land. Those which have been handled down from parents to children and from children to grandchildren, as part of a great immaterial legacy: the wisdom acquired over several generations.

The liquid gold of Alzay Oleum is cold extracted, in a small mill suitable for “giants”. In the morning hours, the olives are collected by a handful of men and women united by blood and friendship ties, while their children play hide and seek among the thick trunks, without even imagining that they were already there long before their parents were born. “It sounds poetic, but it’s a true story” explains Miguel Román, its co-founder.

As true as the opaque glass of the bottles which holds the oil. Alzay Oleum only covers two varieties of the area: Lucio, whose olive trees were uprooted for years to approach extinction, and Picual, hegemonic of Jaén and a great part of Andalusia. EVOO jam is also other of its specialties. 100% natural, it’s the delight of the most exquisite palates. The select catalog is completed by a delicatessen box with three small olive jars: one Lucio, one Picual and the third one a Coupage of 3 local varieties. In essence, a beautiful souvenir. The vocation of Alzay Oleum is to value sustainable cultivation, claiming yesteryear methods without losing reference to the possibilities offered by the new technologies. “It’s the oil 2.0 of our grandparents,” jokes Román, who opened the GourmetJaen.com site as “a virtual window to promote the liquid gold of our land around the world,” he explains.

The story of Alzay Oleum is also the reunion of two friends. Francisco spent his childhood playing along the hills and the remains of the Mota Castle, the Mozarabic fortress which crowns the town. If its walls could speak, the lives of many families will be remembered. Families like Miguel’s, who were forced to emigrate half a century ago to carve out a future. In his case, to Switzerland, thousands of kilometers away from his roots, from his long-awaited liquid gold and from his brotherly friend Francisco Montes, with whom today, several decades later, he cultivates and exports the passion for olive oil. “The extra virgin, of course, and not the one he was given over there” teases Montes.

The curious destiny of Alzay Oleum two founding partners is maybe the best example of the current times in the Andalusian olive grove. If not of all of them, at least of these two small producers of extra virgin olive oil (EVOO) that, along the reverse path of their parents, try to embrace the world from their roots. Two lives whose combined experiences give to this oil a traditional flavor, a 100% natural broth and a label that guarantees “the highest quality we can achieve in each harvest”.

With this year’s harvest, a total of three have been produced. The previous one, in November 2018, has given Alzay Oleum the first international award. “The second great joy of our young oleic life,” affirm its authors, “The first was, and always will be, to have produced an EVOO which is appreciated by everyone who tries it”, they clarify. Working hard to produce an extra virgin olive oil of high quality, capable of competing on the palate not only here in Spain but also in the international markets with the prestigious labels of the province of Jaén and Andalusia in general, is the business base of Alzay Oleum. “As small producers, we are aware of our limitations against other major brands, but we try to compensate for it with the experience of family tradition, good training and high doses of love at every step we take,” says Roman. 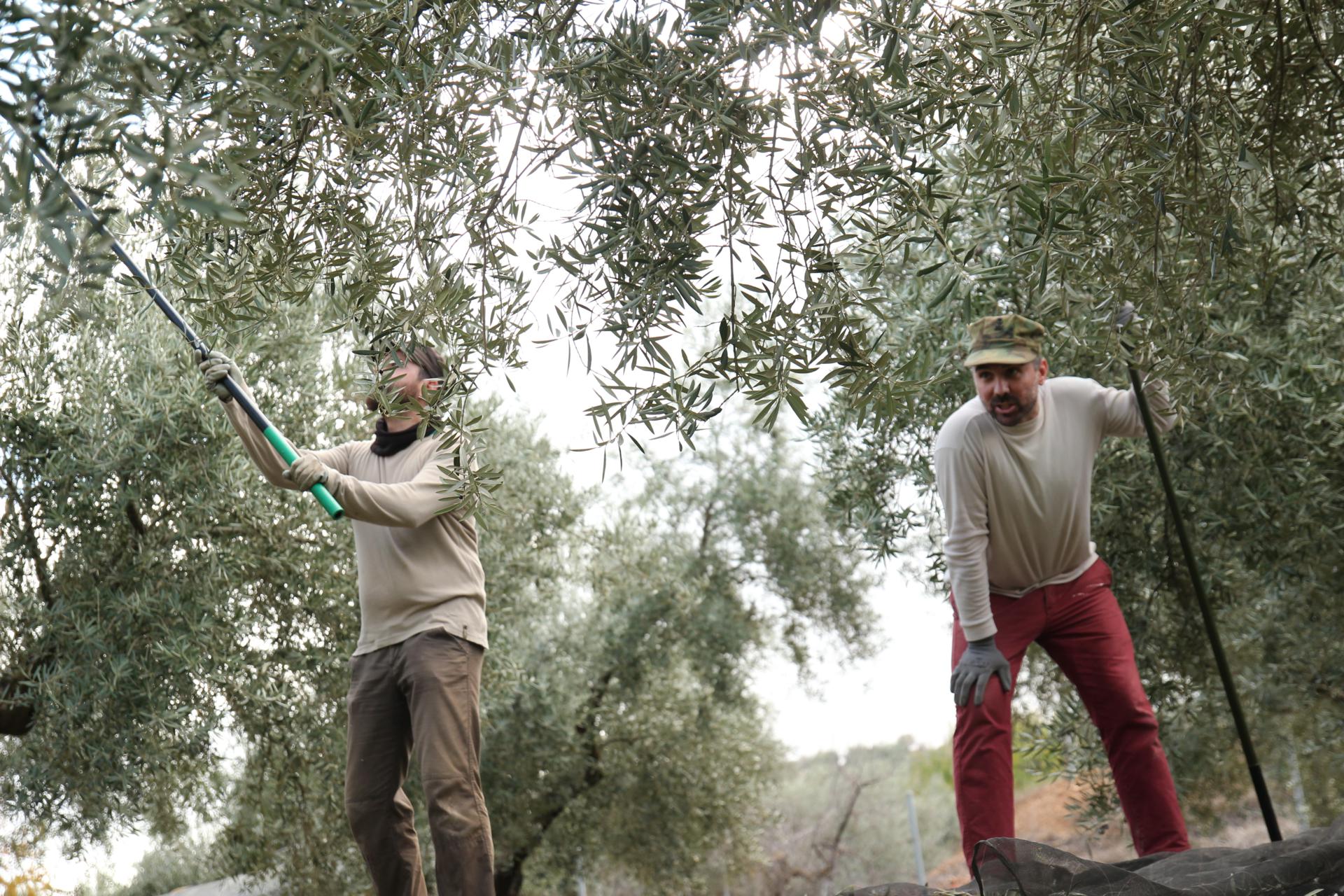 Leading the artisan eagerness, Alzay Oleum follows a through elaboration process that begins with the vareo of the olive trees (combined with more modern techniques, but always respecting the product) and continues with the manual harvest of the olive, the cold extraction in a family mill and the opaque glass packaging to preserve all the organoleptic qualities of the EVOO. 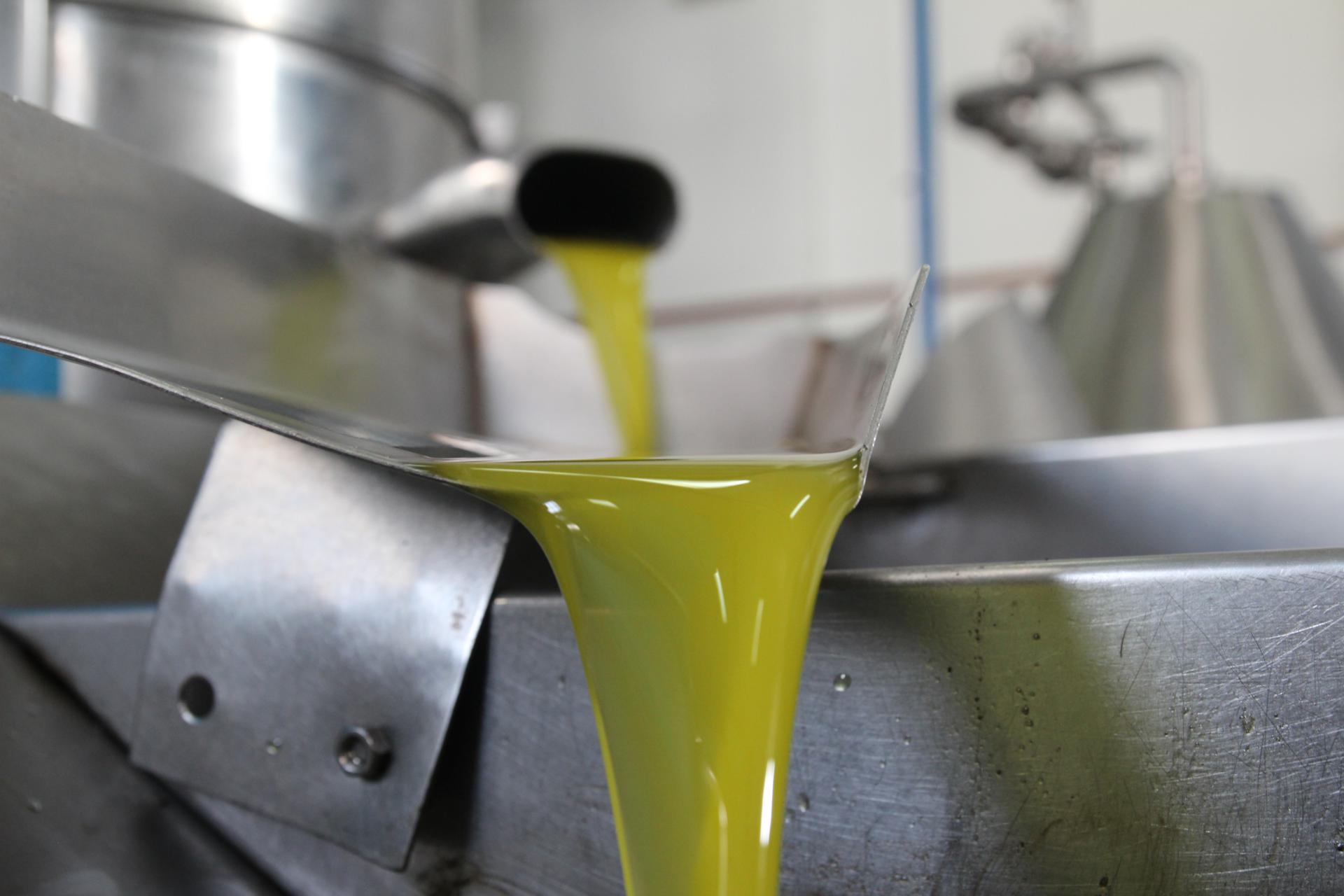 “For us, transparency is essential for the consumer, who has every right to know what product is being bought, how it has been produced and what are its principal characteristics”, says Román. Therefore, after extraction and filtration, liquid gold is the subject of the verdict of different tasters and relevant laboratory analysis to certify all its qualities. “It’s not just a matter of formalism, but of loyalty to our customers,” says the entrepreneur from Alcalá.

“Even if a large part of consumers are still unfamiliar with the oil culture, there is an increasingly demanding market which requests new sensations on the palate. And that leads into a second opportunity for selected varieties such as Lucio itself, which also has on its behalf a millenary history and an unique flavor”, explain the founders of Alzay Oleum.

Secure payment with Visa and Mastercard or bank transfer.